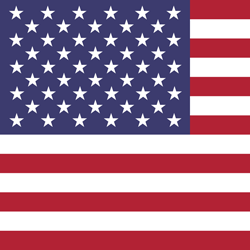 The United States of America (USA), commonly known as the United States (U.S. or US) or America, is a country mostly located in central North America, between Canada and Mexico. It consists of 50 states, a federal district, five major self-governing territories, and various possessions. At 3.8 million square miles (9.8 million km2), it is the world’s third- or fourth-largest country by total area. With an estimated population of over 328 million, the U.S. is the third most populous country in the world. The capital is Washington, D.C., and the most populous city is New York City.